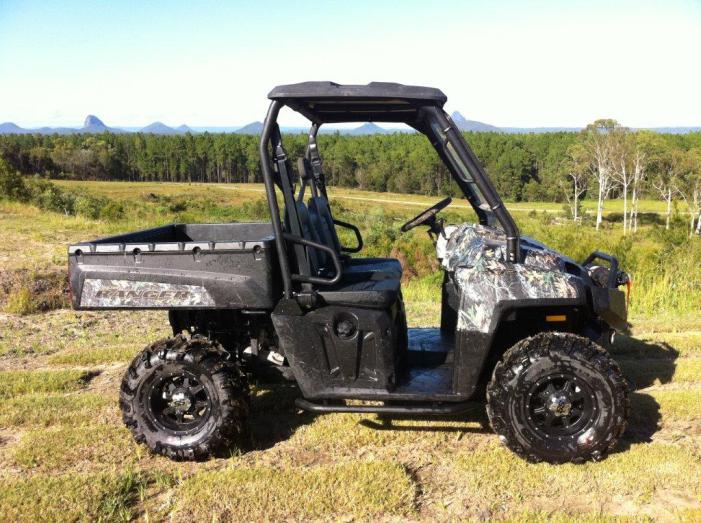 All new, no scratches

I was confident in the Polaris brand as I had owned a Polaris Sportsman 500 quadbike a couple of years ago. My mate Bruce, who lives out Roma way, invited me, his young fella plus 4 dogs for a hunt in his Ranger  500. That machine handled some very wet country with ease so I was sold.

Of the huge range of Side by Sides I chose the Polaris Ranger 800 XP as it is more of a work vehicle with better low range gearing and fantastic load carrying capacity which I, initially, under-estimated. This vehicles  ability to carry a load and get the job done is incredible. The Polaris Ranger 500 is a very credible performer but I thought “better to have the power and not need it than need the power and not have it”

The economy  was a concern but with weekends away out west I have been doing up to 60 miles on one tank so I can’t complain.

I really I got the Ranger for my hunting hobby but I am forever using it around home on my 20 acres; rounding up sheep or ferrying gear. Generally light work compared to what I put it through on my hunting trips.  Even the tipper tray that I thought I’d never need has been very handy.

The Ranger has 3 modes: 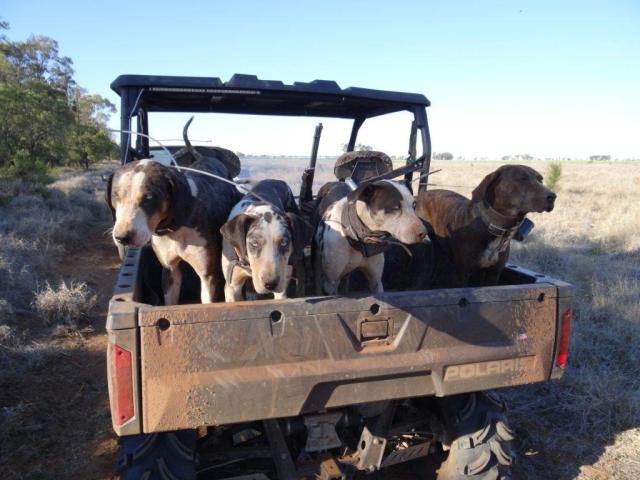 Dogs loaded and ready for another pig

Work wise I can’t fault it and have taken it places that continue to surprise me.

Low range in 4 x 4, it’ll go almost anywhere. One particular hunt recently a big boar injured my mates dog badly. We were on a  sharp ridge so we had to climb up a steep rocky goat track with 2 of us, 3 dogs and  2 pigs (there was 170kg’s in just the 2 pigs).  The track was a  hard slog and after picking up the other 2 guys, and their 4 dogs, we had to get back down which to my surprise the Ranger did with ease. All my mates reckon the ride was comfortable.

While opening a gate at the bottom I took this photo of the fully loaded Ranger. 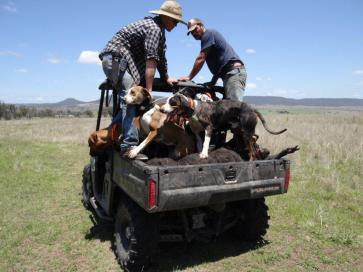 A couple of extras worth mentioning:

Another great aftermarket addition have been my 27 inch Swampfox tires, the largest you can use without a lift kit. They still rub at times but I’m sure they have helped me get through some situations that might have been a struggle otherwise. I no longer believe she is unboggable but it is incredible what  you have to go through to get stopped.

The WINCH has been handy for pulling big pigs out of steep gullies too.  – I’ve since upgraded it with a 30m synthetic rope and have appreciated the extra reach. 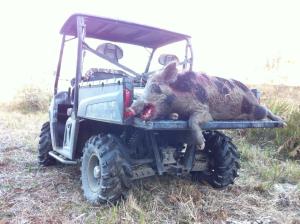 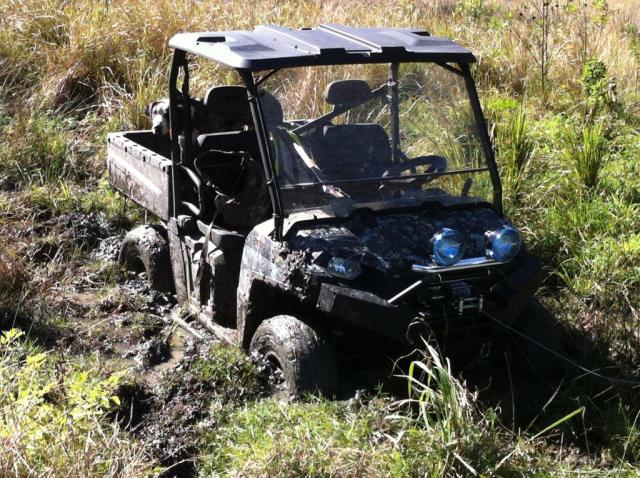 I’ve added driving lights as the headlights don’t have a lot of range. I’ve also put a spotlight through the roof which can get hooked up going through thick country but is a must for night time hunting.

I’ve  added an extra  fan under the seat to move cool air over the motor and exhaust. Come winter I may see about reversing the polarity to give me some cabin heat.

Lastly the windscreen is something that I wasn’t happy with. It was a good wind break but the visibility was too compromised from glare, fog etc. I tried cutting it down to a half windshield which improved visibility but sucked dust into the cabin. It looks like I’ll take it out for summer and put it back for winter.

I have ordered improved under body protection and I intend to install a UHF radio and  then it’ll be pretty much where I want it.

As I need to  travel around hunting I had a purpose built trailer made which works a treat allowing me to  take the 800 XP anywhere.

Summing up the Ranger is a great bit of gear and I am very happy with it. It’s a big investment to make but having had it nearly a year without a problem I’m sure I’ll have it for a long time yet and only wish I’d bought one sooner.

On the trailer ready to go bush